Basic Plot: Zoey has a lot of responsibility. She has to take care of her younger siblings while her mom’s at work. They are living with her mom’s boyfriend who’s so neat and tidy, and it’s up to Zoey to keep the little kids out of his hair. Zoey’s goal in life is to be invisible. But Zoey begins to see things that might just force her to speak up. Not just for herself, but for those she deeply cares about.

1) I liked that Zoey was so responsible for her younger siblings. And they had such a nice relationship!

2) I enjoyed all the little details about octopuses. (Although, it doesn’t really figure into the resolution of the story. Wish it did.)

3) Matt and Silas were some of my favourite minor characters. Matt actually has a bit of an arc, and I wish we could have seen a tiny bit more of that. The silence of Silas intrigued me, but as a minor character, it wasn’t fully examined.

4) Fuchsia was a complex character. A little over-dramatic for me, but she played nicely into the story. I liked how her story and Zoey’s story are on parallel lines that then converge near the end. Nicely done!

5) Debates are NOT my favourite topic… I did not like them when I was a kid and I don’t really care for them now. That said, I did think this part of the book was fairly well done. When it came to the gun debate, I appreciated that both sides of the issue were shown.

7) I love the cover of this book. I think I could look at it all day!

1) I didn’t like the fact that there were no good fathers in this story. At all. Zoey’s family has three fathers (hers, the middle kids’ father, and the baby’s father). And they’re all such jerks. I guess Silas’s father is okay, but he’s such a peripheral father (we never meet him). I wish Frank (Lenny’s father) could have been the one to stand up and give his son a talking to. (*SPOILER) Or at least help Zoey and her family with the get-away. (End Spoiler) Oh, and the solution at the end of the story? Truthfully, I don’t see that working for very long.

2) I’m not sure I really connected with Zoey. I didn’t dislike her, but I didn’t really love her either.

3) (*SPOILER) One thing I don’t get about the bullets that were fired at the school. If they were fired from a truck in the parking lot, wouldn’t somebody have noticed the breaking of the glass and the truck eventually speeding away? Something like, we’re looking for a white pickup?? (End Spoiler)

4) Zoey keeps mentioning in the book about how strong her mom is (until Lenny starts putting her down). And yet, I didn’t really see that in the back story. All I know is that the mom has a lousy taste in boyfriends. And that she can’t seem to be the adult in her own life.

My rating is 4 Stars (out of 5) – Overall, I really liked that this book dealt with some hard topics. I didn’t quite love it as much as I’d hoped, but I’d still recommend it.

14 thoughts on “Review: The Benefits of Being an Octopus”

"Old Books" / Theme: Bookish⁠
If I could send a message to my younger self ...⁠
Today's prompt is to give a shout-out to a favorite teacher ...⁠
A rose from the garden. ⁠
Today's prompt: "LOL! Share a writer funny."⁠
In 1947, India is to be split into two. Now Nisha and her family must leave what is now Pakistan to go to India. But the journey isn't going to be easy...⁠
Remembering.⁠
Remembering.⁠
"Survivor" / Theme: Hero Shot 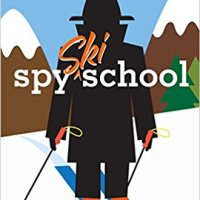 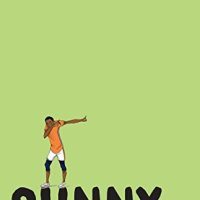 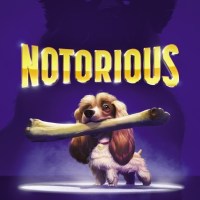 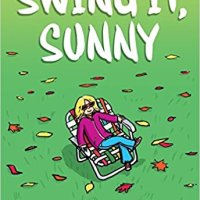