Basic plot: Elodie, her masteress the dragon, and Count Count Jonty Um are all on their way to Elodie’s home island of Lahnt. Suddenly, they discover that the Replica, a statue that magically keeps the volcano from erupting, has been stolen. Now it’s up to them to deduce, induce, and use common sense find the thief.

1) This is the second book in “A Tale of Two Castles” series. I really liked the first book, so it was nice to join Elodie and the Dragon again. And Count Jonty Um as well.

2) I liked the introduction of Master Robbie and the friendship between him and Elodie.

3) The Dragon is a delightful character.

1) The first book is based (very lightly) on the Puss in Boots fairy tale (which was a delight to discover while reading it). This book doesn’t seem to be based on anything. To my mind, this makes the story a little bit weak. I think Levine is usually strongest in weaving those classic tales into her own stories… which is why “Ella Enchanted”, “Fairest”, and “A Tale of Two Castles” are top-notch reads. This one seems to be missing that little magic. (Maybe it was stolen?? Ouch!)

2) The three characters are split up for most of the story. I love the interplay between the three main characters, which obviously can’t happen if they are all in different locations.

3) I wanted to know who stole the Replica, but when I did find out the truth, I didn’t really feel relieved or satisfied. In fact, I really hate to say it, but I found I didn’t really care that much.

My rating is 2.5 Stars (out of 5) – This book was okay. It was SO close to getting 3 Stars, but the more I thought about it, I realized that it’s just not Levine’s best writing. It’s not exactly a bad book either, it’s just… okay. It was nice to revisit the same characters from “A Tale of Two Castles”.

Basic plot: Ben and his fellow spies-in-training are activated for their first mission. They go to ski country to try to figure out the nefarious plot of crime boss, Leo Shang, by cozying up to his daughter, Jessica.

1) The cast of characters from this fourth installment of the Spy School books is top-notch… Everyone from Ben and Erica to Zoe and the rest of the gang. Cyrus and Alexander, too!

2) The setting for this book is a fun addition to the series. I especially love the random umlauts in the names of the “fake” Austrian names at the ski resort. Since when does the word ünd have an umlaut?? 🙂

3) I love the fact that “perfect” Erica is (**SPOILER: not very good at skiing! Even though she’s confident that she’ll be able to pick it just as easily as she’s mastered other sports, she turns out to be, GASP!… an average skier. END SPOILER)  I like that Erica is really good at what she does (she’s the best spy at the school), but it’s nice to have this little touch to humanize her!

4) The cover art continues to be excellent for this series. How can you not love this cover art?

5) Anytime you can use the word “nefarious” (and it’s appropriate) gets a bonus point!

1) I’m not crazy about how Alexander Hale is portrayed in these last couple of books… Yes, he is obnoxiously James Bond-like, but that little quirk makes him likeable. However, as the series grows, so do the contempt of both Alexander’s daughter and father… to the point of despising him. I wish Gibbs had made him a little less incompetent. Sure, he can exaggerate about his spy skills, but does he have to be a complete idiot??? I LIKE Alexander Hale, quirks and all!! I like Erica Hale (and yes, she has her own quirks) and I like Cyrus Hale (although, in this book I did find him at times unlikable due to a mean streak I don’t remember from the other books).

2) I’m also not crazy about the character of Mike. Mike is Ben’s best friend, which should mean I should like him, right? But the thing is, I don’t. And I really don’t know why. I just don’t like him. Every time he comes into the plot, I feel like he’s intruding on the story. (**SPOILER: And I’m not really looking forward to his recruitment—hinted at in the book—to Spy School. Sorry, but I guess I just don’t really like Mike! END SPOILER)

3) (**SPOILER: Why is Murray in this book? Totally and completely not necessary. Shang’s a “good” bad guy. He doesn’t need Murray to help him with his nefarious plotting. END SPOILER)

4) The title of the book is a weird alliteration that, frankly, is hard to say.

My rating is 3 Stars (out of 5) – A fun read! I like the development of the characters in this series (with the exception of those listed above). I look forward to the next Spy School book! 🙂

I got my first camera when I was 9 years old… from a cereal box. I remember collecting the coupons from the back of the box to send away with $10 to get that camera. It was beige and used 110 film. It was a cheap camera. But it was mine. And with it, I took pictures.

And to tell you the truth, my first shots weren’t really that good. But I practiced. I became our family photographer. Eventually I graduated to more advanced cameras and even developed some of my photos in a dark room.

Today, I use a digital camera and Photoshop is my dark room.

As a kid, all I knew was that I liked to take photos. Today I see my photography as a creative extension of who I am.

There’s a line in one of my favourite movies, Chariots of Fire. The movie is the story of two runners preparing for the 1924 Olympics. One of them, Eric Liddell, has put his journey to China to become a missionary on hold. The movie creates tension in a scene when his sister expresses fear that he is forgetting his true purpose in life: to go to China. He responds to her: “I believe God made me for a purpose, but he also made me fast. And when I run, I feel His pleasure.”

I think that’s what I feel when I click the camera’s shutter button. The pleasure of God. I love looking at the world, with all the colour and interesting shapes and patterns. I love the stories that a photo can tell.

We all have some need to express ourselves by creating. And that will mean different things for different people.

For me, it means that I take pictures.

Basic plot: Detailing the life of superstar musician, Frankie Presto… his ups and downs… tragedies and triumphs. He travels everywhere with his guitar from his maestro. And then, one day, one of the strings turns blue. That’s when he realizes that his life is affecting those around him.

1) The narrator is “Music”. I liked how Music is able to give us details of the story that even Frankie himself doesn’t know. I also like the musical lingo and refrains. “Everybody joins a band in this life…”

2) Aurora and Frankie. I won’t give out spoilers here.

3) The rogue’s gallery of real-life musicians and performers. In a way, this book reminded me of Forrest Gump. Now I didn’t care too much for that movie, because I felt the coupling of real events with Forrest’s life was forced. I did not feel the same way with this book. Not every event is Frankie “doin’ Elvis”. There was just enough to make it seem real and legit. Well done, Mr. Albom!

4) Lyle and his friends. I wasn’t sure at first about this little thread, but I loved how that turned out. 🙂

5) The Woodstock story interspersed with other stories. I thought it was well done. A nice twist with Aurora that I was not expecting!

6) **SPOILER ALERT: The daughter. I love the connection made later on with regards to his own adopted father and his rejection of him. And then the realization that you can truly love a child who is not biologically yours. As Frankie loves Kai. END SPOILER**

1) **SPOILER ALERT: The final revelation of his death. I felt this was a tiny bit anti-climatic. I was expecting something disastrous and awful, and it wasn’t. Part of me is glad, because I didn’t want him murdered spectacularly, but I still have mixed feelings about the ending. END SPOILER**

2) The aunt in Detroit. I felt this scene was almost unnecessary. Almost. What I didn’t like about it is how quick it is. How does Frankie come to even understand everything she tells him? I feel that in real life, Frankie would need a longer time with them to grasp the reality that there is no way his “father” could be his father.

My rating is 4 Stars (out of 5) – I really enjoyed this book! The real musicians mixed in with the fiction. I thought it was well done. 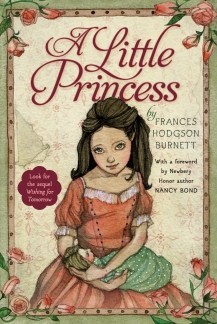 Basic plot: Sara Crewe comes to a boarding school by her rich papa where she is treated like a little princess. Tragedy strikes when her father dies, leaving her penniless and at the cruel mercy of the headmistress of the school.

1) Sara SHOULD be a spoiled brat. But she isn’t. She really is a princess, but in the best of ways.

2) I liked the friendship between Sara and Becky, Lottie, and Ermengarde.

3) Miss Minchin is a character that you love to hate. Her hypocrisy is evil! Definitely a memorable character

4) The scene with the bun lady is a beautiful scene. She is everything that Miss Minchin is not. I was actually glad when she shows up at the end of the story once again.

1) Miss Minchin. Yes, she appears above in the “What’s Cool” section, but she also appears here. Could a headmistress be this evil? I suppose she could, but really, this character almost doesn’t seem real. I wish Burnett would have given some redeeming quality, even if just to make her a more rounded character.

2) Sara is too good! Consider her next to Burnett’s other heroine: Mary Lennox from The Secret Garden. Mary is a spoiled brat who is NOT likeable at all in the beginning of the story. But she has a character arc. Sara really has no character arc. She’s good and wise at the start of the book. She’s good and wise at the end of the book. I like Sara, but I don’t love Sara. Certainly not in the way that I love Mary Lennox.

My rating is 3.5 Stars (out of 5) – A re-read for me. I still hate the Miss-Minchin-treating-Sara-badly parts… actually to the point of me not wanting to read the book. Overall, it’s a good book, but not a great book. If you want a great book by this author, check out The Secret Garden. 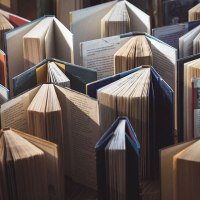 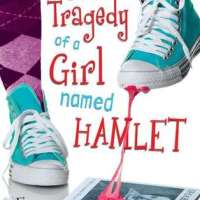 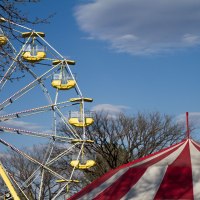